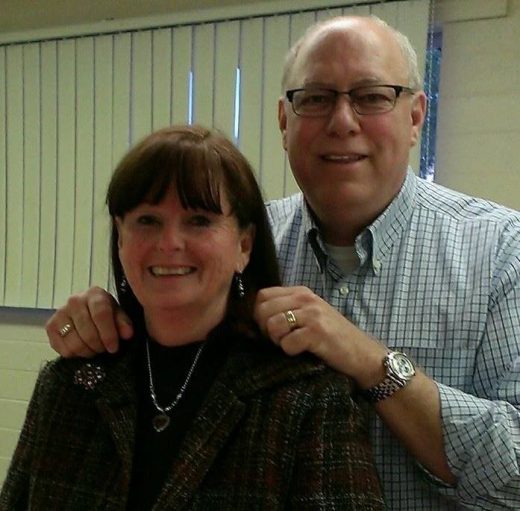 I was born in San Bernardino in March of 1952. My family moved to Rialto in 1956 where I grew up and graduated from Eisenhower High School in 1970. I spent many of my days as a teenager surfing and hanging out at the beaches of Southern California and playing several sports and going to various parties that my friends had. I went to work as soon as I was able around 15 years old. I worked first at a neighborhood market and then at a gas station near my high school and then at a drive thru dairy, all in Rialto.

There was a lot of turmoil in my home and I ended up running away from home several times and finally ran away for good at 17.

I lived with a friend’s family who provided me with my own room attached to the main house. My friends parent’s shared with me often about receiving Jesus Christ as my own Savior and Lord. I was trying so hard to be accepted by my friends I just didn’t have any time for Christianity.

Just a year after graduation in 1971, I went through a few tragic events in my life that led me into a deep depression and considered taking my life. On one occasion, while at the beach with friends, I was once again introduced to Christ through a young man who had come from Campus Crusade for Christ and shared with me the message from a little booklet called “The Four Spiritual Laws.”
I knew everything that this guy was sharing with me was true and I prayed with him to receive Christ but, at the same time I still wanted to be accepted by my friends and I just didn’t do anything with my new commitment to Christ.

I finally decided my life was a waste and I decided to end it all. With a gun to my head I cried out to the Lord one last time, “If you are real – come into my life and give me a reason to live.” Things were a bit blurry after that moment and I couldn’t explain what took place, but one thing I knew for sure was I had a huge burden lifted off my shoulders that I had been carrying and I felt like a new man. For once in my life I felt I actually had a reason to live.

Shortly after this event my life began to change. Several of my friends also began to get saved also. I was invited to try out for a entry level position with a Title Insurance Company in San Bernardino and I passed all the tests and went to work right away. Having some new goals I went back to school taking classes at the Junior College working and began working on a degree in Business Management.

I moved around for a time and ended up living with a friend in a back apartment of a tri-plex near the Junior College I was attending. In time, I met and began to date Mary Travers, my future wife. She lived with two roommates in the middle apartment.

In 1973, through the invite of one of my best friends, Mary and I attended a Wednesday evening service at Calvary Chapel Riverside. The moment we walked into the church I felt that this was going to be our new home church. We began attending every service that was available at the church. Mary and I had the foundation of our faith established at Calvary Chapel Riverside through the teaching of Pastor Greg Laurie. After dating for a year and a half we were married by Pastor Greg in April of 1975.

The Lord has blessed us with two incredible children who are now grown and married. They both have two children each. We are very blessed with 4 grandsons who are the love of our lives.

In 1985, I was asked to go on staff as the Assistant Pastor of Calvary Chapel of the High Desert, where I had the privilege to serve for 20 years before coming to Calvary Chapel Antelope Valley in April of 2005 to serve as the Senior Pastor.

I have now been here at Calvary Chapel Antelope Valley for 12 years and look forward to serving as long as the Lord will give me breath and the ability to serve others. 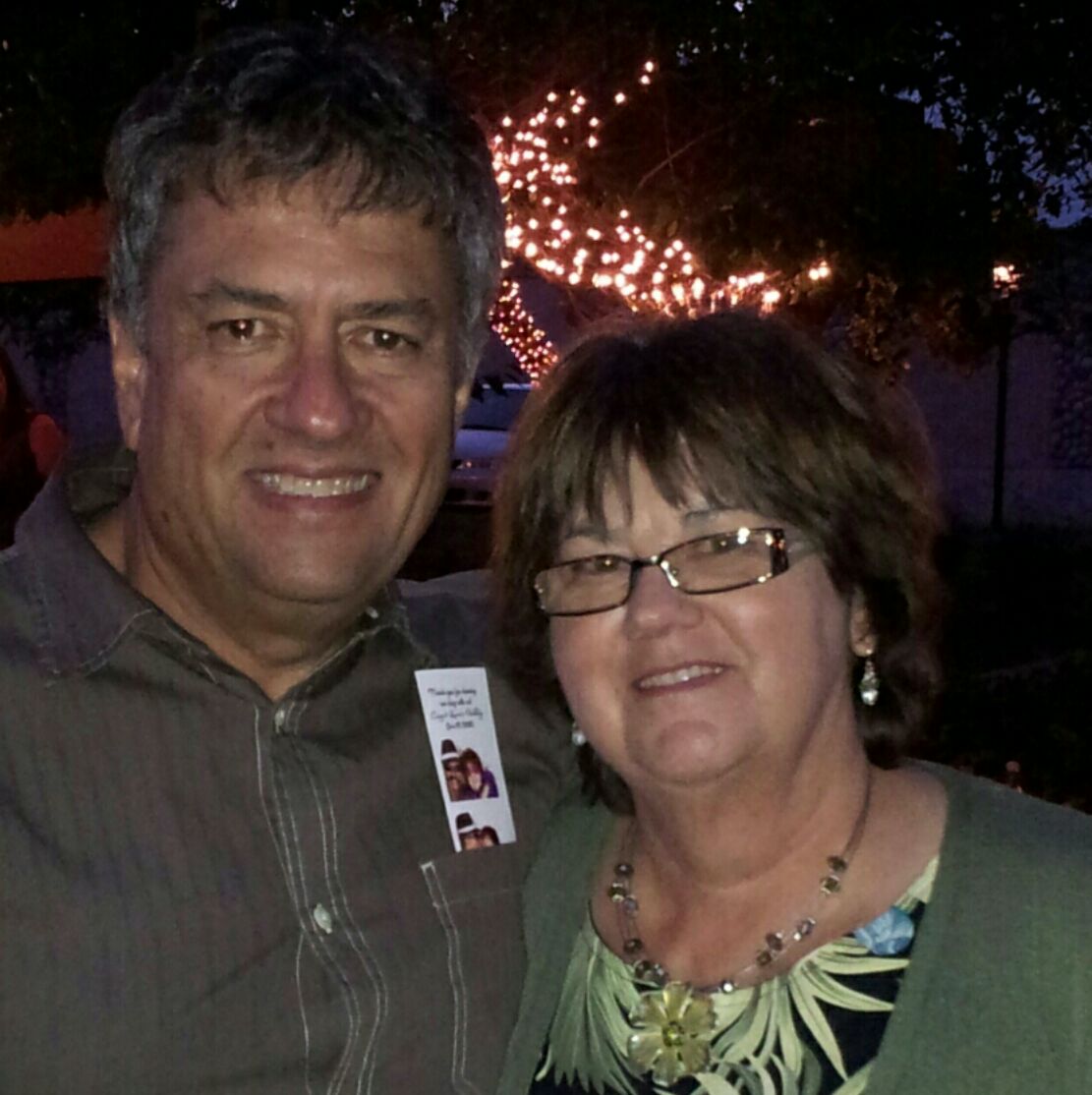 Rich was born and raised in the Los Angeles area. He surrendered his heart to the Lord in December of 1979. He has been married to his wife since 1980. They have five children and ten grandchildren with. Rich served as an Elder and Missions Pastor and lead a Home Fellowship for several years with Calvary Chapel High Desert in Hesperia, Cal
ifornia before coming to Calvary Chapel Antelope Valley in 2005. When asked “How did Jesus become real to you?”
Rich said:

It was December of 1979, I was living with my girlfriend at the time (now my wife), who was involved in occultist beliefs. It opened up my eyes to the spiritual realm more than I had ever known until that point and time in my life. Feeling lonely one evening, I called my mom, I began to share what was going on in my life as I hadn’t seen her for some time. She shared how she had received Jesus Christ as her Lord and savior. At first I thought that she was just going through a some sort of trend. But I noticed that she really was different. She really treated me with an undeserving love that I had never experienced before. My mom had been praying for me, because I was in a very rebellious state. Like any good mom, she was concerned for me as I had recently been divorced and now living with someone. She normally would have met me with disapproval. But she told me she loved me and I wasn’t used tpo that. Instead, she encouraged me to pray to God as she was praying for me. I’ll never forget what she said, she said; “When you pray ask in Jesus name.” I didn’t know if there was a God. So I had asked “Jesus, if you are real, show Yourself to me and to give Terry and I a common goal, oh ya in Jesus name.” That prayer was a silent prayer. Terry and I had been arguing over whether the things she was practicing were right or wrong, and she was challenging me with the way that I was actually living my life as well. After all, we were living together and fornicating. In her quest to prove me wrong, she had read a booklet called “Run Your Life By The Stars, What Does The Bible Say?” The book actually brought her to read the scriptures and she became convicted in her heart about what she was doing. She made a decision to get rid of all her books on astrology, her tarot cards, and tapes on transcendental meditation, etc. After she had destroyed them all by fire, she prayed a prayer out loud in front of me, and in her prayer, she asked “God to forgive her and that God would give us a common goal for our lives.” Wow, I had realized that God was speaking to me and showing Himself to me. One evening, Terry an I were having dinner with some friends and they invited us to church. So we went. It was a really small church, but the pastor was preaching the Gospel message and I felt as though God was speaking directly to me and confronting me with my own life and how I had been searching for fulfillment through pleasure and drugs and couldn’t find any satisfaction or fulfillment. The pastor then gave the invitation, if anyone wanted to ask Jesus for forgiveness and make Him Lord and savior of my life. That’s where I met with the risen Lord for the first time. I asked Him to forgive me and asked Him tolead me all the days of my life. New Years Eve 1979 Terry asked Him the same. To His glory and by His grace He has been transforming me and my wife Terry since 1979. 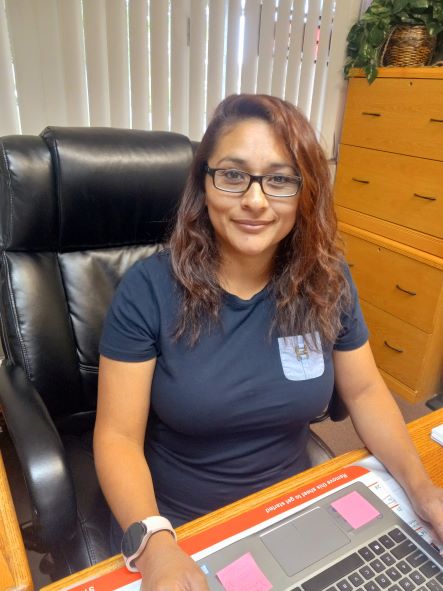 I am blessed to be a part of our Church’s Staff. I am currently the Principal of Calvary Chapel Christian School. I serve in the Children’s Ministry, participate in the Woman’s Ministry, and teach in our Co-op program. I have   been blessed with a hard working and wonderful husband for 16 years now. I also have four busy children, who run the other part of my life, with homeschool and everyday obligations. I love my family and I like going out and doing fun activities together. My goal in life is to serve the Lord and to glorify Him in everything that I do. “And whatever you do, do it heartily,
as to the Lord and not to men, knowing that from the Lord you will receive the reward of the inheritance : for you serve the Lord Christ.” 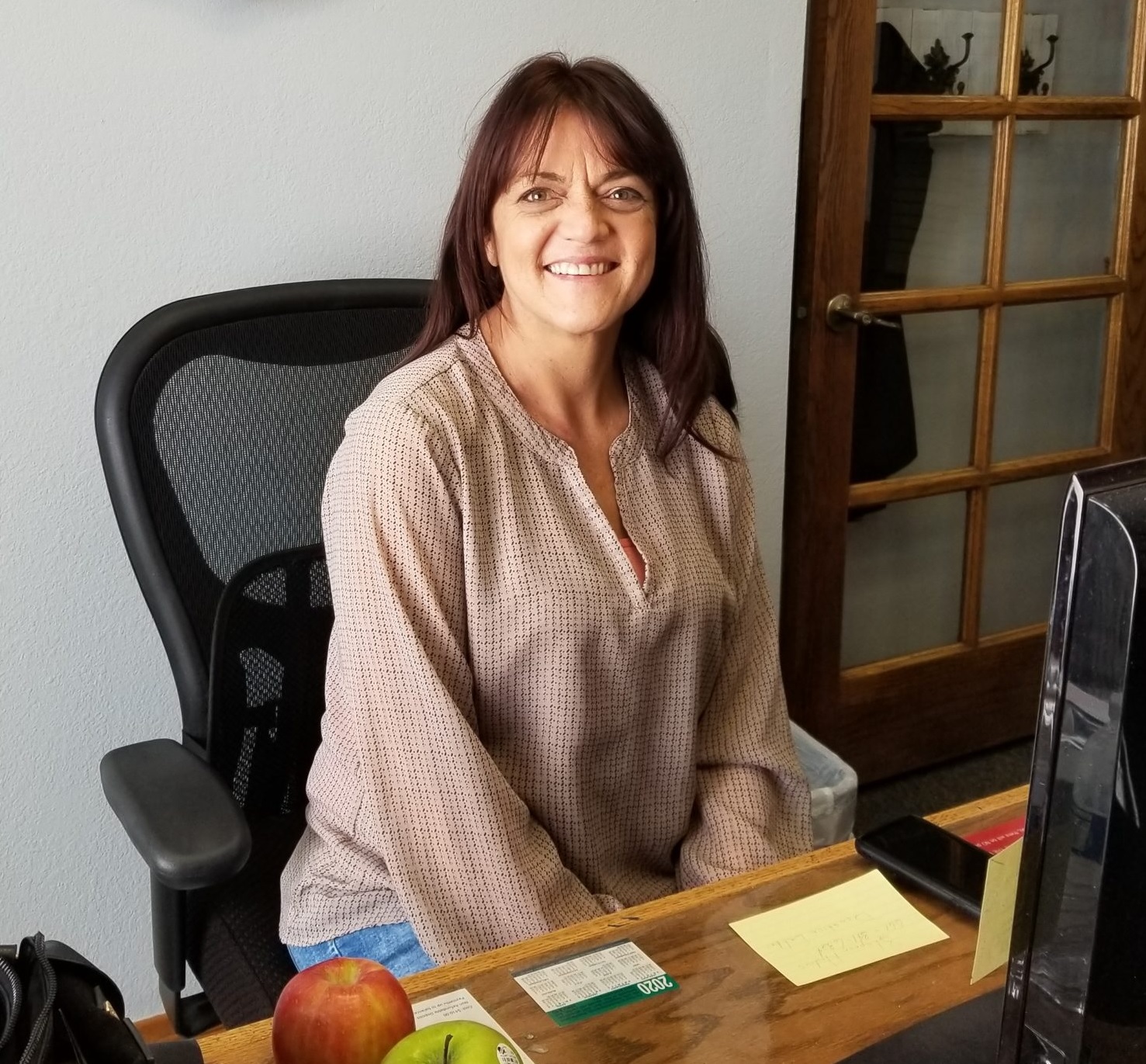 I am the mom of three beautiful kids and wife to an amazing man, all of whom I give credit and praise to God for! My parents and (a few of my seven) siblings live here in the Antelope Valley.

Sunday dinners, serious discussions (about the capability of human habitation on Mars among other critical topics) and wiping away tears of laughter at stories told (complete hyperbole) by our most imaginative members are a few of our favorite things to do together. We’ve been through many ups and downs in life together and I am inspired by their faith.

I serve on the worship team at our church and love the body of believers that I belong to. How God has used my brothers and sisters in Christ to show me His love and Grace. God is so good and faithful!
I have followed Jesus for as long as I can remember but the Lord drew me very close through a particularly dark season of my life. It was in the midst of this dark time that Jesus showed me what His death on the cross and His resurrection meant. He ministered to me His grace and mercy when I least deserved it and could do nothing in return except receive.

Though my sins were as scarlet, because of the blood Jesus shed on the cross, they became white as snow!!! How loving, how wonderful is the One who washed my sins away!!!

I am looking to Him through whatever valleys or hilltops He leads me through and while I have a long way to go; my desire is to imitate Him in all His ways. How I love the heart of the Lord. I fail but His goodness never changes! 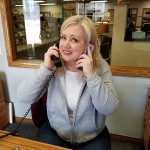 Lisa received Jesus Christ as her Lord and Savior when she was a young child and “He has never forsaken me, though I have deserved it.” She has been attending Calvary Chapel churches since she was a teenager. She has been at CCAV since 2016 and is blessed to be on the Worship Team. Lisa has been serving as receptionist since 2019. She has been married to her husband Carlin since 2003, and has two sons, Nick and Nate.

“My life is truly blessed and all the praise and thanks belongs to the Lord.”

X
Manage Cookie Consent
We use cookies. I beseech you therefore, brethren, by the mercies of God, that ye present your bodies a living sacrifice, holy, acceptable unto God, which is your reasonable service, and be not conformed to this world: but be ye transformed by the renewing of your mind, that ye may prove what is that good, and acceptable, and perfect, will of God. Rom 12:1-2
Manage options Manage services Manage vendors Read more about these purposes
Preferences
{title} {title} {title}